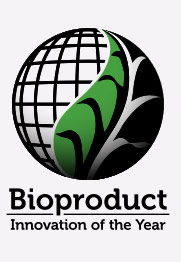 Magic Dirt™, a sustainable organic premium potting soil made from recycled farm waste, has been named 2015 Biogas Product “Innovation of the Year” by the American Biogas Council (ABC).

“The Biogas Industry Awards not only recognize excellent projects and innovations,” explained Bernie Sheff, Chairman of the ABC Board. “They recognize great industry achievements and creative solutions to commonly faced issues that can be held out as an example to others.”

The main ingredient in Magic Dirt is a co-product of generating renewable energy from biogas. The ABC is a national association of industry professionals committed to energy independence, environmental sustainability and creating jobs by growing the American biogas industry.

“We are pleased to receive this award,” Ted Sniegocki, manager for Magic Dirt, LLC, said. “Magic Dirt products and the biogas industry are interrelated and inseparable, and both are dependent on modern anaerobic digester technology.”

The process of making biogas and the residual solids used in Magic Dirt start with a patented anaerobic digester by DVO. It processes organic material, captures the released methane to form biogas and produces the pathogen-free fiber that becomes an integral part of the horticultural products under the Magic Dirt label. The biogas can then be used to produce renewable energy as electricity or natural gas.

“The success of Magic Dirt in the marketplace demonstrates that digester coproducts can gain access to national retail markets, contribute to the greenhouse emission reduction goals of major retail chains, and attain consumer acceptance, all while contributing to the bottom line of the biogas project,” added Patrick Serfass, Executive Director of the ABC.

Magic Dirt is certified by the USDA BioPreferred Program of 100% BioBased (contains only organic materials), certified organic by the Organic Materials Research Institute (OMRI), certified as a premium potting soil by the Mulch and Soil Council and certified for use in organic production by the State of Idaho. It is an environmentally responsible and non-polluting product that actually reduces greenhouse gas (GHG) emissions into the environment. As a sustainable alternative to peat moss, which releases methane into the environment, one cubic yard of Magic Dirt offsets approximately one ton of GHG emissions, according to an independent study commissioned by the Innovation Center for U.S. Dairy.

Magic Dirt vs. Peat Moss: Who's the Winner?